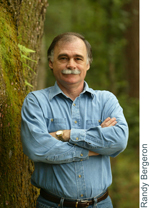 Award-winning author Tim Gautreaux was named recipient of the prestigious the Louisiana Writer Award. He was honored by the Louisiana Center for the Book in the State Library of Louisiana for his extraordinary contributions to the state’s literary heritage exemplified by his body of work.

"Louisiana enjoys a wealth of exceptional writers who are acknowledged as such both nationally and internationally," said then Lt. Gov. Mitch Landrieu, whose office in the Department of Culture, Recreation and Tourism oversaw the State Library. "It is with great pride that we honor one such Louisiana writer, novelist Tim Gautreaux, with the Louisiana Writer Award."

Gautreaux’s awards include a National Magazine Award, Southeastern Booksellers Award for best novel, Mid-South Booksellers award, The Heasley Prize, The John Dos Passos Prize and an NEA Creative Writing Fellowship.  He was the John Grisham visiting writer in residence at The University of Mississippi. Welding with Children was chosen by the New York Times as a notable book of the year.  The Clearing, published by Alfred A. Knopf, made several top ten lists, including the USA Today list of the ten best books of 2003.  Pulitzer Prize winning author Annie Proulx called it “The finest American novel in a long, long time.”  His most recent novel, The Missing, appeared in 2009 to positive reviews.

"We reserve the Louisiana Writer Award only for extraordinary authors whose body of literary work as a whole stands out," said State Librarian Rebecca Hamilton. "Tim has proven time and again that through his talents and dedication to his work, he has contributed to the fine legacy of Louisiana writers."

Tim Gautreaux was born in Morgan City in 1947. He attended Nicholls State University and the University of South Carolina where he earned a Ph.D in English Literature. He has studied writing under such literary notables as James Dickey, George Garrett and Walker Percy. In 1972 he began teaching creative writing at Southeastern Louisiana University where he directed the creative writing program until his retirement in 2003.

His published fiction includes two collections of short stories (Same Place, Same Things, Welding with Children) and three novels (The Next Step in the Dance, The Clearing, The Missing).  His stories have appeared repeatedly in Atlantic Monthly, Harpers, GQ and many other magazines.  Over the years his work has been printed regularly in Best American Short Stories and New Stories from the South. He has been published in O. Henry Prize Stories as well as in several university literature textbooks. His essays have appeared in The Oxford American and Preservation Magazine.  For several years he served as editor of Louisiana Literature.

He is married to Winborne Howell and has two sons, Robert and Tom, and a grandchild, Lily.

Presently Gautreaux maintains a connection to Southeastern Louisiana University as professor emeritus and writer in residence. The State Library of Louisiana honored Gautreaux at an award ceremony during the seventh annual Louisiana Book Festival on Oct. 17, 2009.