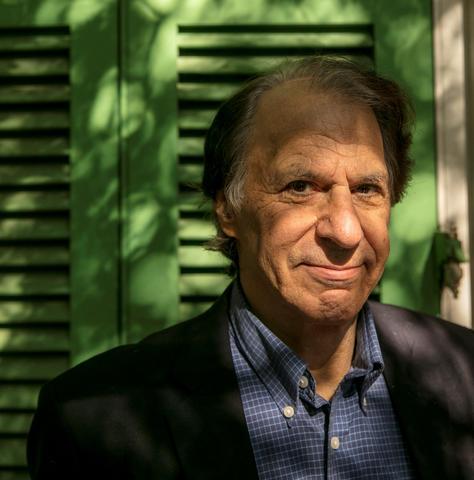 John M. Barry is a prize-winning and New York Times best-selling author whose books have won multiple awards. The National Academies of Sciences named his 2004 book, The Great Influenza: The Story of the Deadliest Pandemic in History, a study of the 1918 pandemic, the year's outstanding book on science or medicine. His earlier book, Rising Tide: The Great Mississippi Flood of 1927 and How It Changed America, won the Francis Parkman Prize of the Society of American Historians for the year's best book of American history; in 2005, the New York Public Library named it one of the 50 best books in the preceding 50 years, including fiction, nonfiction, and poetry. His books have also been embraced by experts in applicable fields: in 2006 he became the only non-scientist ever to give the National Academies Abel Wolman Distinguished Lecture, a lecture which honors contributions to water-related science, and he was the only non-scientist on a federal government Infectious Disease Board of Experts. He has served on numerous boards, including ones at M.I.T.'s Center for Engineering Systems Fundamentals, the Johns Hopkins Bloomberg School of Public Health, and the Society of American Historians. His latest book is Roger Williams and the Creation of the American Soul: Church, State, and the Birth of Liberty, a finalist for the Los Angeles Times Book Prize and winner of the New England Society Book Award.

His books have involved him in two areas of public policy. In 2004, he began working with the National Academies and several federal government entities on influenza preparedness and response and he was a member of the original team that developed plans for mitigating a pandemic by using "non-pharmaceutical interventions"-- i.e., public health measures to take before a vaccine becomes available. Both the Bush and Obama administrations have sought his advice on influenza preparedness and response and he continues his activity in this area.

He has been equally active in water issues. After Hurricane Katrina, the Louisiana congressional delegation asked him to chair a bipartisan working group on flood protection and he served on the Southeast Louisiana Flood Protection Authority East, overseeing levee districts in metropolitan New Orleans, from its founding in 2007 until October 2013, as well as on the Louisiana Coastal Protection and Restoration Authority, which is responsible for the statewide hurricane protection. Barry has worked with state, federal, United Nations, and World Health Organization officials on influenza, water-related disasters, and risk communication.

His writing has received not only formal awards but less formal recognition as well. In 2004,  GQ named Rising Tide one of nine pieces of writing essential to understanding America; that list also included Abraham Lincoln's Second Inaugural Address and Martin Luther King's "Letter from Birmingham Jail." His first book, The Ambition and the Power: A True Story of Washington, was cited by The New York Times as one of the eleven best books ever written about Washington and the Congress. His second book,  The Transformed Cell: Unlocking the Mysteries of Cancer, coauthored with Dr. Steven Rosenberg, was published in twelve languages. And a story about football he wrote was selected for inclusion in an anthology of the best football writing of all time, published in 2006 by Sports Illustrated.

A keynote speaker at such varied events as a White House Conference on the Mississippi Delta and an International Congress on Respiratory Viruses, he has also given talks in such venues as the National War College, the Council on Foreign Relations, and Harvard Business School. He is co-originator of what is now called the Bywater Institute, a Tulane University center dedicated to comprehensive river research.

His articles have appeared in such scientific journals as Nature and Journal of Infectious Disease as well as in lay publications ranging from Sports Illustrated to Politico, The New York Times, The Washington Post, Fortune, Time, Newsweek, and Esquire. A frequent guest on every broadcast network in the US, he has appeared on such shows as NBC's Meet the Press, ABC's World News, and NPR's All Things Considered, and on such foreign media as the BBC and Al Jazeera. He has also served as a consultant for Sony Pictures and contributed to award-winning television documentaries.

Before becoming a writer, Barry coached football at the high school, small college, and major college levels. Currently Distinguished Scholar at Tulane's Bywater Institute and a professor at the Tulane School of Public Health and Tropical Medicine, he lives in New Orleans.